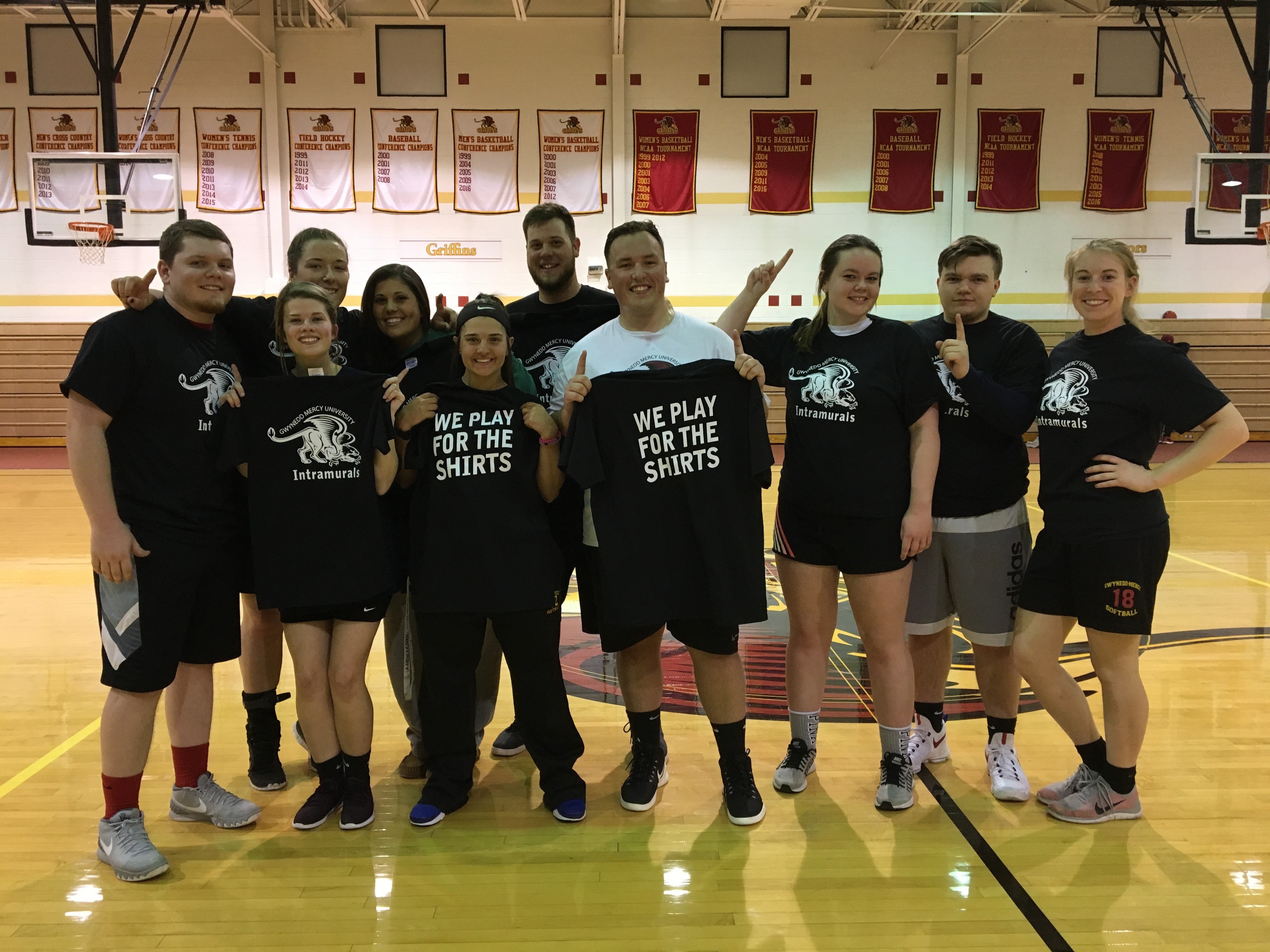 If you’re looking for a way to stay healthy and have fun, consider joining an intramurals team!

Our goal is to provide a competitive, safe and enjoyable atmosphere that encourages sportsmanship, teamwork and leadership development.

Whether you want to join a men’s or women’s league, or participate in a co-recreational program, you’ll find plenty of ways to get involved.

The program launched in 2016 with nearly 100 students participating in our flag football co-ed and men's leagues. Since then, we've grown! Join us for one of the following sports and activities:

The first step to participation is registration. Registration takes place through www.imleagues.com/GMercyU. You’ll be prompted to use your gmercyu.edu email address to create an account.

A detailed description of how to register on IMleagues can be found online at https://gwyneddathletics.com/sports/2010/12/8/intramurals.aspx or by contacting Maddie Herman, Instructor of Sports Management, at herman.m@gmercyu.edu. 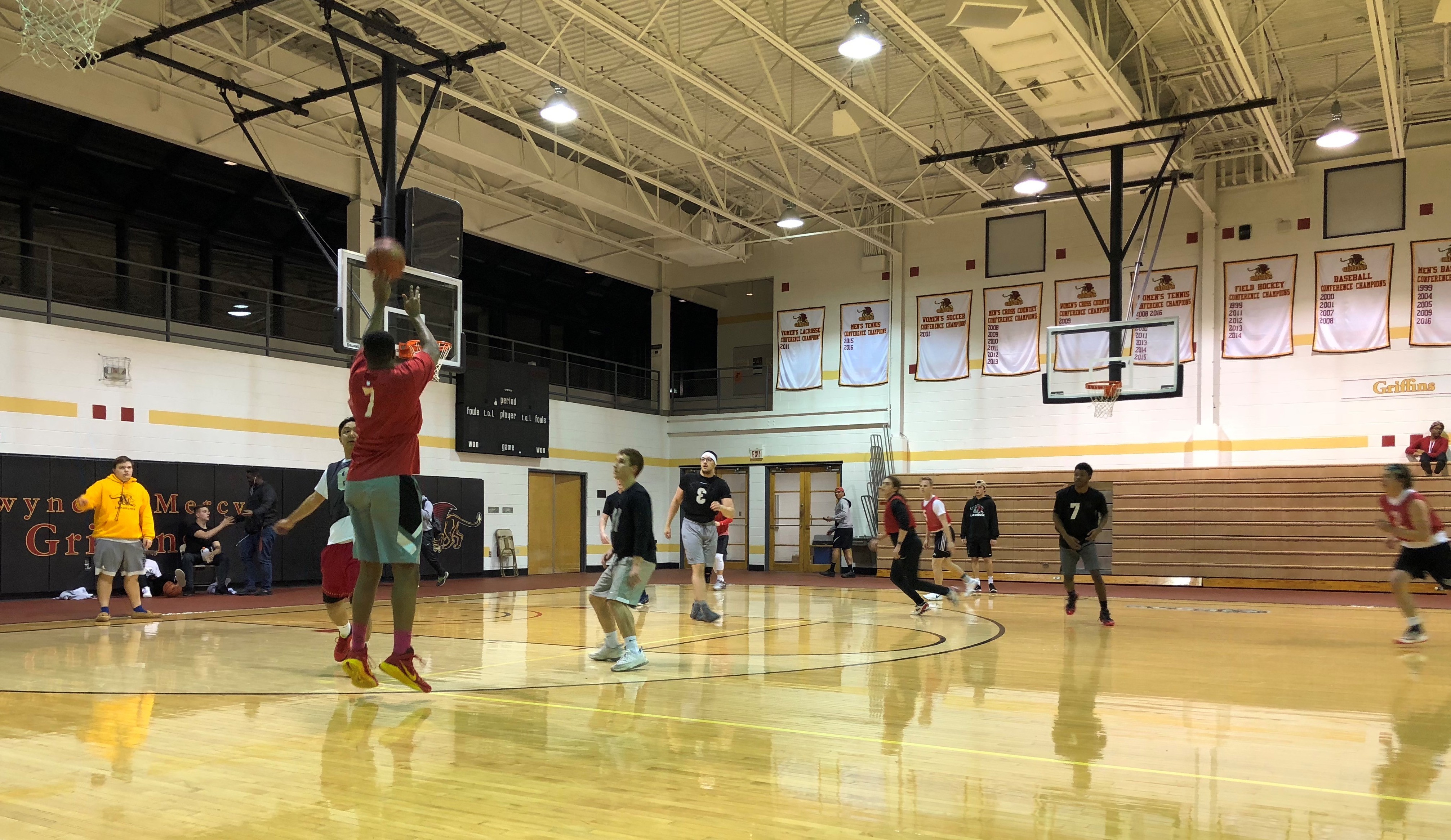 Varsity Athletes: If you play on a varsity sports team, you’re welcome to participate in intramurals and recreation activities. However, if you’re in-season, you’ll need to get written permissions from your coach. This should be emailed to Maddie Herman, Instructor of Sports Management, at herman.m@gmercyu.edu.

Scheduling of Games and Events

Schedules will be posted online at www.imleagues.com/GMercyU.

Some events may need to be postponed due to weather or unforeseen circumstances. The Office of Intramurals and Recreation will try to reschedule all games, but that may not always be possible because of time and space limitations. In such instances, each team will receive a “win” for that contest.

Should a team be unable to participate in a scheduled contest, a request to reschedule may be made. In order to request the rescheduling of the contest, the captain should get in touch with Maddie Herman at least 24 hours prior to the scheduled contest.

More information is available in the Participant Handbook (PDF).

Leagues: The regular season consists of a minimum of four games followed by single elimination playoffs.

Tournaments: Tournament formats may vary and are dependent upon the number of entries received. Typical formats include single and double elimination and round robin.

Playoffs: Following the regular season, a single elimination tournament bracket will be held for each league, which will be restructured to level the field of play. Rosters will be frozen after the last regular-season game. Any player who has played in at least 1 regular-season game will be eligible for playoffs.

Tournament Seeding and Restructure of Competitive Leagues: After the end of the regular season games, eligible teams will be restructured to level the field of play. Each competitive league will be divided into two groups: over .500 and under .500. After this “split,” seeding will be determined in the following order:

Maddie graduated from East Stroudsburg University of Pennsylvania in 2015 with a degree in Sport Management. While there, she worked in their recreation center for three and a half years while serving many different roles. She served as president of the Sport Management club for two years and was actively involved in her major.

After ESU, she worked at Villanova University overseeing their three fitness centers and numerous different programs. Maddie enjoys fitness and running as well as her dachshund, Chesney.

Having run GMercyU's Intramurals and Recreation program for six years, she joined the full-time faculty of the School of Business and Education in Fall 2022 as Instructor of Sports Management.

Watch Maddie answer some tough questions in an episode of #GMercyUMinute.